A downloadable game for Windows

Behold my submission for 7dfps 2020. It's Quake 3 CTF, it's defragged, and it's absolutely fabulous. (That last part not really, but, well, you know. :)

My goal for this project was to have a small networked multiplayer game that would be fun to pass around and play at LAN parties, and I decided that the best way to do that was to make Q3A, DeFRaG and TagPro have a baby. For what basically amounted to a week's work, I feel I came pretty close. As a bonus I got exercise my C-fu, which has atrophied in the past few years. This is based off spearmint, which is a modern fork of id tech 3.

I entirely handled the programming side of things over the course of the week, and relied on GPL assets for content (see below.) Note that the two included maps have texture issues but are completely playable. It is an unfortunate fact of life that map compilers sometimes have indigestion.

In accordance with the GPL, my code is available here:

Take note that the second repo is merely a slightly modified engine executable to facilitate this as a standalone game; there are no new features here.

This has been tested reasonably well over a LAN, and very briefly in netplay with a buddy right before I uploaded this. I suspect there are bugs. That being said, I do have a single server in the public list. Feel free to stop by and say hi, assuming it hasn't crashed by then. :)

Extra special thanks to the devs behind ioquake3 and the spearmint fork for giving us the modern Q3 engines we all deserve as well as answering my dumb questions on discord ('guys, why is my makefile broken???'), and to OpenArena for their generously GPL-licensed assets (you didn't really think I made all this content by myself in a week, did you?)

And, of course, to id Software.

Unzip to a directory of your choosing and run defragulous_x86_64. There is a dedicated sever executable for your hosting pleasure. 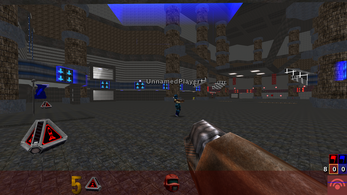 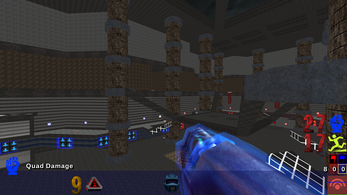 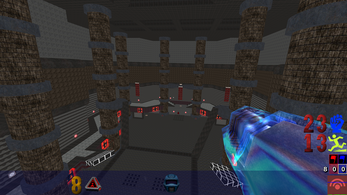 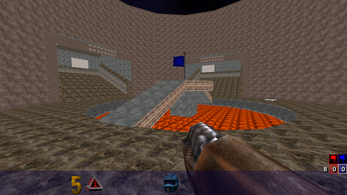 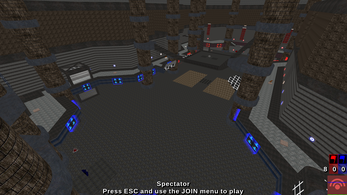